google-site-verification=PyI7F7s2Fana_eRriWQ_A_hbJOnypJ1-wvj4YehtO2A
CANARSIE HALL OF FAME
Above: Scene at East 92nd Street, East of Canarsie Lane. Circa 1922 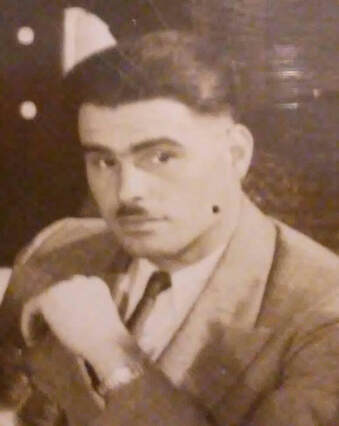 Fred Fetterman was an aviation pioneer. In the late 1920's  he was stationed at the Lockheed plant in Burbank, California. In July of 1930, he was promoted to the Lockheed Detroit Aircraft plant as manager of the Grosse Ile Airport, succeeding George Fritsche. He refueled airplanes during historic missions by Women's Champion endurance fliers: Frances Marsalis and Helen Richey in 1934. He worked for Socony and the Outdoor Cosmetics Company; known as the greatest Lockheed mechanic. In July of 1933 Fetterman was part of a team that helped rescue round-the-world flier: Jimmie Mattern from Siberia. Mattern had been lost for 16 days. Fetterman built his airplanes in the large yard of 1372 East 92nd street in Canarsie. He was also a member of the Canarsie Board of Trade. Fetterman died at Floyd Bennett Field in Mill Basin, Brooklyn. He was flying an airplane and the craft began to nosedive. Fetterman jumped from the airplane and his parachute failed to deploy. He fell to his death. Ironically after he jumped, his aircraft self-corrected itself and glided itself to a safe landing with no damage. If Fetterman had stayed inside he would have lived. He died on March 3rd, 1939 at the age of 36. 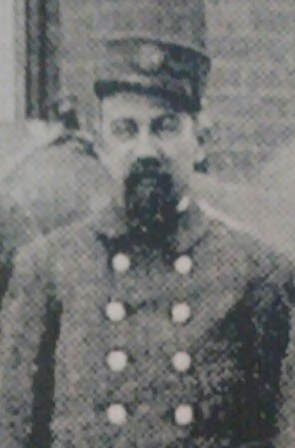 James Haviland was the first Canarsie Fire Fighter to die in the line of duty. Haviland was born in Brooklyn on January 28th, 1848. He became a fireman in 1876, working at Engine 17 at DeKalb and Engine 22 at Quincy Street. By 1905 Haviland was working at the Canarsie fire house and while preparing to fight a fire, ran towards the pole to slide down. He tripped, fell through the hole and fractured his skull at the lower level. 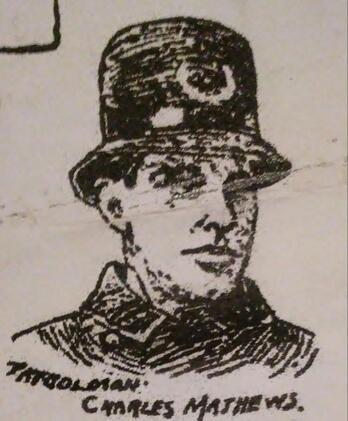 Charles Matthews was the second Canarsie Police officer who died in the line of duty. He died on December 12th, 1904 from internal injuries after his patrol wagon overturned on the corner of Ave. L and Rockaway Parkway after colliding with a shore bound trolley.  Matthews had five daughters and two sons and lived in Canarsie. Matthews was one of the original 18 officers that were sworn in when Lewis K. Worth was appointed as captain in 1896. When Matthews died his wife, Henrietta, received his pension of $300 a year.
Charles Matthews actually died 2 weeks after the first Canarsie Police officer died at the same accident. The first officer to die was James Devens on November 20th, 1904. 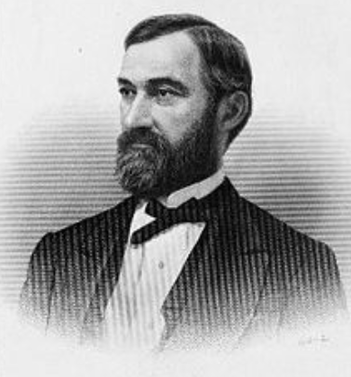 Dewitt C. Littlejohn was a public servant his entire life. If you looked up his history online, his connection to Canarsie would not be found. You would find his position as Mayor of Oswego County and his long career in the N.Y. Assembly from 1853-1871 and 1884. He was a brigadier general in the Union Army. He had interests in Railroading as he organized and served as president of the New York and Oswego Midland Railroad, (NY&OM), in 1868. This route traversed much of New York State on its way to New York City.  He also established a steamboat service connecting Long Island to his new railroad. During this time he also had built a relationship with the residents of Canarsie. In 1867 he established and accessed the land to build the Canarsie Railroad. He also, in 1867, built the Canarsie Pavilion hotel near the pier. He placed Thomas Stewart in charge of the first class hotel. Littlejohn died on October 27, 1892. 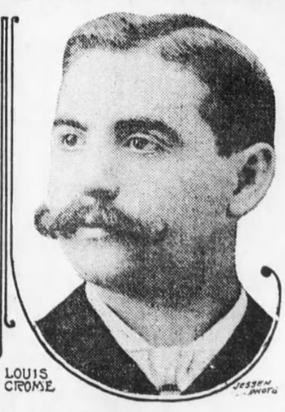 Louis Crome was a community Pharmacist/Druggist. He built a large home and attached building around 1893. On May 9th, 1895 he installed a low art tile fountain from Langston of New York.
In 1906, he had a postal substation,(#80), placed in his pharmacy for community convenience. Crome was part of the committee that set up funding to build the Civil war monument in Canarsie Cemetery.
He was voted into the Kings County Pharmaceutical Society in July of 1916.
He operated at East 92nd Street and Flatlands Avenue until December 18th, 1920; when he sold his business to Isadore Siegal of 266 James Ave. He resigned via letter to the " proper committee". He then moved to Newport, New York. He died on February 5th, 1941. 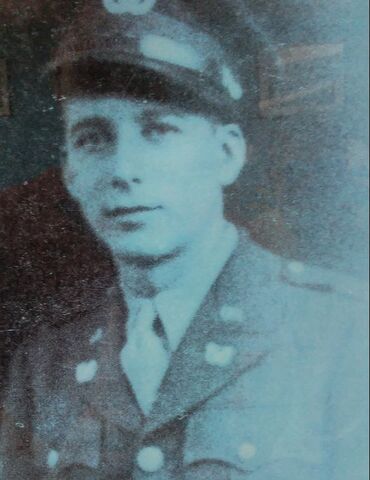 Sol Polish was a columnist who was born in September 18th, 1915 in Canarsie. Polish kept old-time Brooklyn alive by chronicling the area  and people he grew up with from East 98th street while living in the neighborhood in the 1920's and 1930's. He served in the Army in 1941 till 1946. After the war he moved back to Canarsie and was married in 1950.
He started a column called: "Remembering Canarsie", in 1960. A few years later, he left the paper and went to another Brooklyn paper and was the original author of the "Remembering Brooklyn" column in the Canarsie local paper from the 1970's until 2007.  He wrote about the days hanging out with his pals: "Greazy Gus", "Goomba", "Suchie" and "Skinny".
He then authored a column called: "Looking back" in the Bay Ridge local paper. He used a Smith Corona typewriter for every column printed at the courier.
He died on November 21st, 2011 at the age of 96. 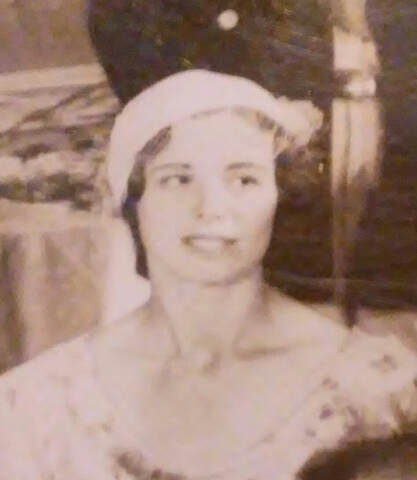 Mrs. Edith Wilson was born in 1903 in Canarsie and lived her entire life there. Mrs. Wilson lived a quiet life in Canarsie, as  Judge Wilson's only daughter. While she did participate in civic functions without praise, she in fact was the person responsible for acquiring and accumulating the Canarsie artifact collection. The quiet acquirement of the collection allowed for many individuals to obtain information about the community that may have never been known. In August of 1987, Edith Wilson participated in the preservation and confirmation of the Canarsie "Indian" Cemetery with Ben Dubose for the Landmarks Preservation Commission. She died in 1999 at 99 years old. 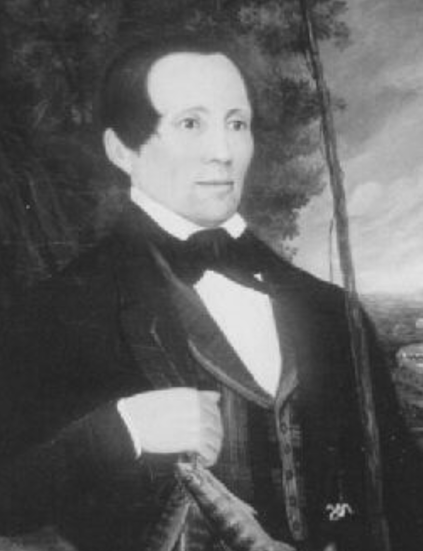 Daniel F. Ames was a prolific painter. His works have been exhibited in many museums such as The National Academy of Design, (1837), and the Apollo Association, (1858), and was profiled in many books. He was born in 1803 and came to New York in 1831 from Norwich, England. He lived in Manhattan at 67 Liberty Street, working for the "New York Farmer" publication as an illustrator in advertising. In 1839 he was elected as a member of the American Academy of fine Arts in New York City. Daniel F. Ames painted oil portraits and portrait miniatures. The above painting is believed to be of his son, Daniel B. Ames , holding the days catch of fish with his fishing pole at his side from Canarsie Bay.
Doggett's New York City 1846 directory had him listed as an artist with a studio at 91 William St. . In 1845 he moved to Brooklyn which would be his final stop in New York. In an 1873 Canarsie map, D.F. Ames is listed as a physician. The New York Metropolitan Museum acknowledged this profession and determined it was done is the sense of him being a natural scientist, through his art.
He acquired a 12 lots in Canarsie off Rockaway Parkway and Avenue D from W. Kowenhoven in 1871. He passed away in 1886.
He had a son in 1840 named Daniel B. Ames. D.B. Ames was also well known in Canarsie. By 1876, he was a real estate lawyer with an office at 44 Court Street. His fathers Canarsie properties were passed on to him in July of 1887 via will.  In 1888 D.B. Ames was Vice-President of the Canarsie Turtle club, an organization used to promote local business. In 1889 he petitioned the town of Flatlands for a new school building to be built for P.S. 114.
In 1892 he was involved in the news story of the last Canarsie full blooded Native American. He convinced a Brooklyn Daily Eagle reporter to write an extended article about Jim De Wilt, (aka: Jim the wild man), who died at his hut in Canarsie in 1830.
In 1890 D. B. Ames was voted as a Supervisor elect for the town of Flatlands, (which included Canarsie). In 1893 he was a member of the local Democratic Club.
Daniel B. Ames died on May 19th, 1895. He never married and never had children.  The Ames had a street named after them around 1840.  Ames lane was located parallel to Avenue D and stretched from Rockaway parkway to East 92nd street.

Abraham W. Skidmore was a resident of Canarsie and also worked at the Canarsie precinct. He lived at East 94th near Avenue M. After serving Canarsie, he became a New York City police Lieutenant.
He moved out of Canarsie to Far Rockaway and then to Long Island and established the Nassau Police Department in 1925 as Chief.
He implemented extensive traffic lights in 1929. He helped to establish a central fire headquarters in that county in 1931.
He was a no nonsense official who was known for an incident where he suspended 8 Long Island police officers on July 23rd, 1928, in a union disagreement.
Skidmore presided over a police chiefs banquet which featured aviator Charles A. Lindbergh in July of 1928.
In 1938 he became Police Commissioner.
A.W. Skidmore retired on October 2nd 1945. 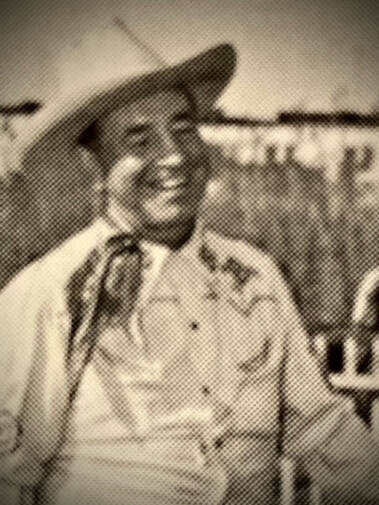 Joseph H. Gangler was born in 1887 in Wisconsin. By 1905, he left home to join the Ringling Brothers Circus as a stage hand and dog veterinarian. By 1915 he had dog act simply known as "Ganglers Dogs".
In 1920 he left Ringling Brothers and obtained uncultivated land at 1400 East 88th Street in Canarsie and set up shop as Ganglers Circus was born. Gangler started doing local vaudeville shows in Brooklyn, bringing his trick dogs to such venues as the Hippodrome, the Albee theatre, the Brooklyn Academy of Music and Luna Park in Coney Island. By 1917 he brought his act to Manhattan theatres including Loews and the New Bowery Theatre. He ultimately took his act on the road as his popularity grew.  He played at shows in Pennsylvania, New Jersey and Connecticut. In 1941 he hired Manager Lon Ramsdell. By 1947 his Circus was known as "Gangler Brothers:  Free Act on Bright lights". He teamed up with Frank Hyde to set up a new outfit known as "American Circus Enterprises".  He toured in Chicago, North Carolina and Arizona, In 1948 a fire destroyed his jungle show props in Pennsylvania, no animals or people were injured. By 1950, Gangler  reorganized and added the "Mickey Mouse" circus and a Pony Merry Go-Round.  In 1952 Joe Ganglers persistence finally paid off as he was signed to a multi-show guest appearance contract on the Arthur Godfrey variety show on CBS. Eventually the television acts forced him to sell his pony merry go-round. He also appeared on the Steve Allen Show, NBC, and the the Garry Moore variety show in 1958 on CBS.  He was often photographed with many celebrities including Audrey Meadows; (The Honeymooners).
Gangler often did pro bono events for Canarsie residents and local school children. His friendliness to the community led then Borough President; John Cashmore to designate Gangler as Honorary Deputy Major of Canarsie in 1954. All of his local newspaper interviews were done at his Canarsie home. Gangler also did charity benefit shows in long island that helped with food, clothing, medical and dental care for school children.  Gangler stayed in Canarsie his entire time doing TV variety shows. In 1961 he opened a children's circus, showcasing young members conducting animal tricks  His final theatre show was held at the St. Marks theatre near Union Square in 1962.  He retired to Florida around 1968. His home/farm encompassed a large parcel of land the reached East 88th St. to Canarsie Beach Park. None of it exists today. He passed away on April 5th, 1973, never having allowed show business success to overshadow his love for Canarsie.